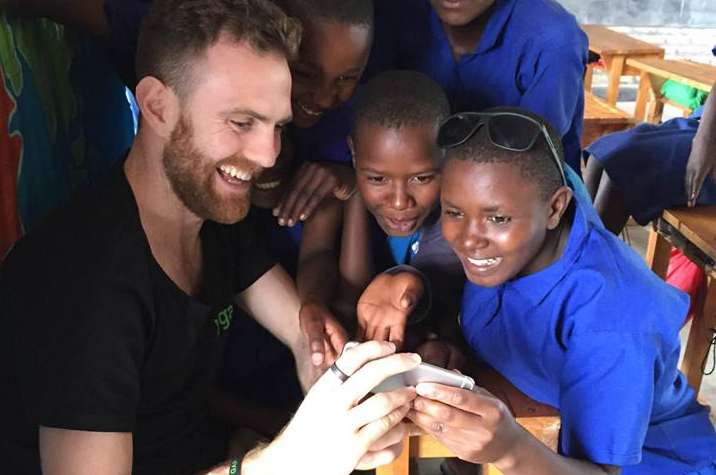 Who inspires me: Muhammad Yunus; the Godfather of social business.

Best advice: “If you’re looking for a miracle in life and can’t find one, be that miracle for others” Silhe Tshabalala – YGAP impact entrepreneur.

Imagine a school with 6600 students crammed into 12 classrooms. The kids crowd the dilapidated rooms and spill out throughout the grounds outside. Teachers stand in searing heat, or drizzling rain, shouting out lessons to hundreds of each kids in each class.

Despite the difficulties, more and more kids clamber to enrol. These children are desperate to learn, showing up despite the discomforts, with eager faces gazing up at their overwhelmed teachers.

Such was the case in Ngwenya, in the African country of Malawi’s capital Lilongwe, in 2008. 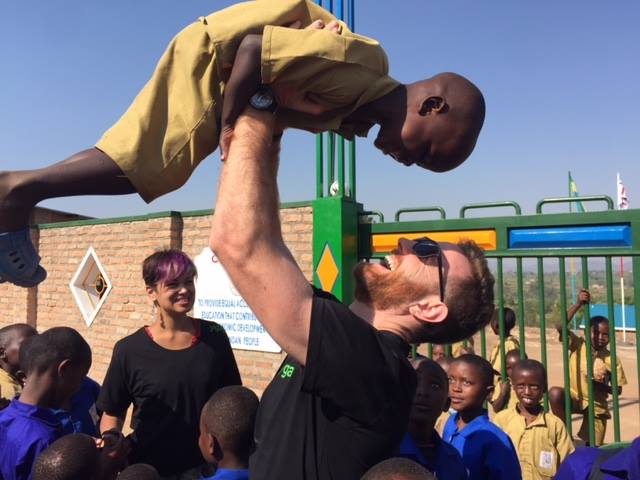 At the same time in Melbourne Australia, a group of young Australians plotted their futures. Graduates from good schools with jobs in the corporate sector, they yearned for a sense of purpose. They wanted an adventure, and to make a difference in the world while they were at it. But all the volunteering options were so expensive. Surely volunteering didn’t have to be so hard.

Among this group was Elliot Costello. As the son of World Vision CEO, Reverend Tim Costello, Elliot had grown up with a constant stream of perfect strangers sharing his dinner table including drug addicts, prostitutes and the homeless. His family welcomed these people into their home offering them food, shelter and conversation. It wasn’t until Elliot joined a private high school that he realised this wasn’t the norm.

Yet these experiences instilled in him a longing to help those less privileged. So, he asked his mates as they considered their volunteering adventure, why not take on a project themselves?

Elliot had grown up with a constant stream of perfect strangers sharing his dinner table including drug addicts, prostitutes and the homeless.

The group came to hear of a school in Malawi and chose it as their ‘project’. “If it was too hot, or it rained these kids were being denied an education,” Elliot says. They fundraised $134,000 and a group of 10 travelled to Malawi to build four more classrooms to house the students.

During the first weeks of the project, the Aussie dollar plummeted, slashing their fundraising efforts by 30 percent. In a panic, they turned to social media. A particularly daring female member of their group offered to shave her head if they could raise $7,000 in 48 hours. “The people who donated the most were her ex-boyfriends,” Elliot laughs. They reached their target.

While helping construct the buildings, the team noticed a group of young Malawian men observing them, their faces set with hostility. Confused, Elliot asked his guide what was wrong. Through much probing he came to realise the men thought he and his friends were being paid to build the classrooms, in effect taking local jobs.

When the young men were informed the Australians were volunteers, the dynamic shifted and the tension dissipated. For Elliot, it was a lesson in the importance of partnering with the local communities, rather than taking over. In this realisation came the seed for the future venture – YGAP. Today YGAP finds and supports early-stage ‘local impact entrepreneurs’ with great business ideas to address poverty in their local communities. YGAP chooses the 12 ventures mostly likely to make an impact and puts them through a six-day live-in accelerator program where they refine their business models and hone skills to pitch and market their idea. They also learn how best to manage finances, measure their impact, build teams, innovate new ideas, network and strategise.

At the end of the accelerator, all of the entrepreneurs pitch their idea to a room of investors, philanthropists and leaders who vote to decide which projects will receive seed funding from YGAP. Once an organisation goes through the accelerator, they receive 12 months of support from YGAP to improve their strategy and impact more people.

The best projects will then move into the growth phase where they receive larger grants to scale their ventures. Among the recipients of YGAP funding this year was Toto Health – a project in Kenya aimed at improving the health of expectant mothers and newborns. Totohealth provides SMS information for expectant mothers to help track their pregnancy and child’s development through the first five years. It helps highlight any warning signs in a child’s health and connects mothers with local hospitals.

Another organisation to receive growth funding was The African School for Excellence. With YGAP’s support, Nonhalanhla Masina co-founded the African School for Excellence to use technology to bring world class, affordable secondary education to children who would otherwise be forced to leave school and enter the workforce at an early age. Today these kids are not only staying at school but excelling.

Back in Australia, YGAP has supported entrepreneurs like Lyndon Galea, who was spurred into action after discovering kids in his hometown of Shepparton in Victoria were hungry. Lyndon could not accept that people in a prosperous country like Australia were going without so he launched Eat Up, providing school lunches to underprivileged school children in Australia.

While the range of people YGAP supports varies widely, Elliot says they are united in their courage to take action, and their belief in a better world.

They are united in their courage to take action, and their belief in a better world.

YGAP also raises funds through its social enterprise Feast of Merit – a restaurant in Melbourne whose profits go entirely back to funding YGAP’s impact work. Then there are YGAP events, and partnerships with corporates and donors – all of which help contribute to YGAP’s mission of helping local entrepreneurs improve the lives of people living in poverty.

Even Elliot is shocked at how YGAP has progressed. “We’re still in the middle of this,” he says. “At times you pinch yourself that it’s actually happening. It has become so much bigger than any of us ever expected. We’re refining our own ideas all the time as we consider what else we can do. I guess it’s about wanting to wake up every day and feel like you’re making a difference.” Find out more about YGAP and support its efforts by visiting the website www.ygap.com.au