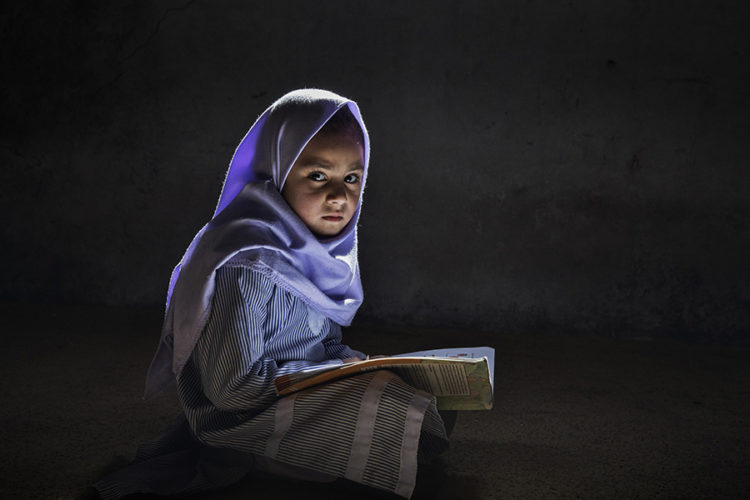 Who inspires me: My mother, who always taught me to give back.

Motto: Head down and power on.

As Andrea Francolini cradled his newborn daughter, awash with joy at the sight of her perfect form, he couldn’t help but consider the children he’d met in Pakistan the year before. While his daughter would sleep in a decorated nursery, the kids he’d met on a photographic assignment to Pakistan would cram into ramshackle huts with their families. While his daughter could expect a quality education in well equipped classrooms, the Pakistani children would sit in bare concrete rooms, or maybe a tent. The Pakistani children would learn from teachers with little to no qualifications. When it snowed they’d be forced to stay home. And if they were particularly poor they wouldn’t attend school at all – instead working as labourers to keep their family afloat. “I thought, imagine if my daughter couldn’t have an education just because of where we lived,” Andrea says. “I knew then I wanted to do something more.”

Starting a charity was certainly not Andrea’s first intention. He’d only visited Pakistan in the first place seeking to photograph polo players who tore across mountainous terrain on their horses.

Before Andrea first visited Pakistan in 2008 for the polo photography project, his views of the country were clouded by negative news reports. And yet, when he visited, he found his assumptions about the place shattered. The sheer immensity of the mountains captured his photographic eye. The hospitality of the people surprised him. He couldn’t believe the warmth in their hellos and smiles. “I fell in love with the place,” he says. “It’s the exact opposite of what you’ve seen on the news. Everyone is the opposite of what you’d expect – they are so nice and so welcoming. I lost count of how many cups of tea I was offered.”

“I fell in love with the place. It’s the exact opposite of what you’ve seen on the news.”

Andrea had hired himself a tour operator, Saeed Khan, to photograph the mountain polo games and went on to visit Saeed’s home village. He also met Saeed’s brother’s wife who was principal at the local school. Andrea visited the school and was shocked at its condition. He’d seen poverty in Africa but this was something else. Students sat on the floor in a single, bare concrete room. Always keen to contribute to the places he travelled, Andrea asked what the school needed most. Books and pencils came the reply. He visited the nearby bazaar and bought enough pencils and books for 70 kids.

The following year, with his newborn daughter growing fast, Andrea consider what more he could do for the Pakistani kids. He called Saeed and asked how best he could help. Saeed did the ground work and suggested supplying desks for three schools without furniture. Andrea rallied his friends and contacts and held a charity dinner in Sydney, raising AU$6000 – enough to buy 75 pairs of desks and benches, and also fix a leaking roof, broken windows, walls, doors and more.

Andrea returned to Pakistan with the funds to ensure the money was spent as expected. He watched the kids unload the new furniture from the trucks in excitement. He met the elders who shuffled towards him clasping his hands with wizened fingers as they thanked him for the support. And he felt immense satisfaction at seeing and photographing the students beaming bright smiles from behind their new desks.

But Andrea also saw how much more could be done at these schools. Water. Bathrooms. Power. Equipment. Teacher training. The needs were immense. And there were so many other schools which needed support. So many kids who couldn’t even afford to attend school. Andrea knew this was not a one-off donation.

Every year since, Andrea has returned to Pakistan to help schools through his Australian charity My First School Pakistan,  founded in 2011. He photographs the kids and the communities, exhibiting the photos and selling prints to raise money for the cause. He also fundraises in other ways, and takes donations through the charity’s website.

As a result, My First School Pakistan has now built nine classrooms in three existing schools. It has offered sponsorship for seven children for five years, and it’s paying the salary of three teachers.

It is also sending 24 teachers to do a one-month teaching course and paid for local carpenters to build about 180 desks and accompanying benches. It has also helped to fix roofs, walls, windows and containment walls. And it has installed water tanks to provide running water.

Yet Andrea dreams of the charity achieving so much more. He remembers sitting on the verandah of Saeed’s house watching the shifting light dance across the 8000-metre-high mountain before them and hearing  Saeed say, “one day that hill will be ours.” “What do you mean?” Andrea asked. “My dream is to build a secondary school there,” Saeed said. Any child in the area who wishes to go to secondary school must leave the village. So most children drop out of schooling, especially the girls. A secondary school would transform these kids’ lives for the long term.

Of all the students who’ve captured his heart in Pakistan, there’s one girl who stands out for Andrea. Andrea was photographing a group of kids when this one child poked out her head from the crowd. Andrea’s photographer instincts kicked in. Captivated by her kohl-rimmed eyes, he asked that she be among the children he photographed individually. He had the chance to snap five or six frames before she disappeared into the throng of children. But when Andrea checked the photos he realised the low light had thwarted his efforts to capture the depth of emotion in her eyes.

But by now the girl was gone. Inquiring after her whereabouts, Andrea couldn’t track her down. It wasn’t until later that she returned, having heard the photographer was seeking her out. After another photo shoot Andrea learned that the girl was one of seven children My First School had sponsored. The photos he shot of her that day would go on to win many awards in America, UK and Germany.

For every triumph there are also setbacks. For a start, travelling in Pakistan is not easy. “The roads are like pot holes with roads around them,” Andrea laughs. “Everything is very slow. Everything is hard to do. The food is not that great. When you’re eating it’s a few spoonfuls of rice with a bit of anorexic chicken – it’s great for weight loss!”

More difficult still is the immensity of the need. Andrea remembers visiting one particularly poor school. Dirt ingrained every surface. He leaned against a wall and a brick fell out. The class of 25 kindergarten kids sat on a tablecloth on the floor.

He watched as they ate their morning tea, noting several had no food of their own. The kids without food sat there waiting patiently. “And I thought forget about education, these kids don’t even have food,” Andrea says. “We haven’t even scratched the surface. That was a down moment in which I worried if I was doing the right thing.”

But Andrea’s optimism soon returned. “When I see the kids, go into the classrooms that we’ve helped to build, and see the sponsor kids it seems all worth it,” he says. “Even if just one kid goes to university because of this it will be amazing. I receive immense gratification in helping in this way – it’s a beautiful thing to be able to do. It’s a real privilege to be able to help.”

You can find out more about My First School Pakistan, see more of Andrea’s stunning photography and make a donation by visiting the website http://www.my-first-school.org/.  Andrea says a $20 donation is enough to buy 50 books.