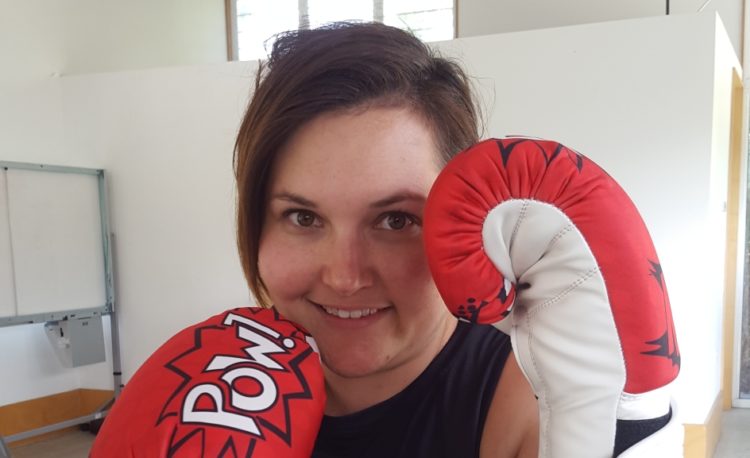 Who inspires me: Everyday heroes – the single parents who work hard every day to ensure their kids have everything they need. Children of violence or abuse who grow up and break the cycle, by living a better life. People facing mental or physical health issues on a daily basis who still get up and fight each day. It’s the unremarked and ‘uncelebrated’ that inspire me – they’re not up on stages winning awards and giving speeches, but they are making choices that are changing the world.

Motto:  At the end of the day, you’ve either done the thing or have an excuse as to why you haven’t or, more succinctly, “There is no try, only do or do not” – Yoda

Growing up, Lisa Longman and Stacey Ward felt they failed to conform to society’s picture of the feminine ideal. They were too loud, too forthright, too much. They were also too stubborn, pledging that they’d refuse to bow to their families’ and society’s expectations to play small.

“Women are always told by society in general to be quiet, to be nice, to be pretty,” Lisa says. “We’re told not to confront anyone, to not in any way be challenging, to always seek to soothe things over, to always apologise for things, to make yourself less as much as possible. We never agreed with that.”

So much did they disagree with society’s expectations that the duo has gone on to launch the Young Boxing Women Project. Through boxing training and facilitated discussions, Lisa and Stacey have helped dozens of young women to shed their fears, find new confidence and step up to be their best selves.

“Women are always told by society in general to be quiet, to be nice, to be pretty.”

The now highly successful project began after Lisa and Stacey heard about a Curtin University alumni event featuring inspiring women talking about bridging the gender and wages gap in the workforce. Quick to sign up, the duo entered the multi-storey office building on the evening of the talk, took the lift to a floor overlooking Perth’s glistening city skyline and listened, rapt, to the women speakers confirm what Stacey and Lisa already thought – that, although confidence was key to success, women were holding themselves back through a lack of it. Most women were playing small, too scared to stand up for themselves to realise their full potential.

When the event finished Lisa and Stacey descended to Perth’s streets and, as they walked through the night, they voiced their excitement at the possibilities. Yet they also turned to frustration. They’d just heard that confidence was the key to success – to asking for a raise, for pushing for a promotion, for believing yourself capable. But they’d also heard that most women didn’t have that confidence (some 87 percent of women had labelled themselves lacking confidence). Here was a major problem. Women needed confidence, but they didn’t have it. How could they – two young women keen to shake things up – fix that?

Most women were playing small, too scared to stand up for themselves to realise their full potential.

Not long after that night, the duo learned of a new report highlighting the statistic that a high percentage of female leaders had played sport in their youth. Hmm, interesting, they thought. It just so happened that Stacey had also taken up boxing and suddenly the dots began to join. Imagine Lisa and Stacey thought, if they could use boxing as a sport to help young women gain the confidence to lead successful lives. With that thought, and a dose of the bravado they hoped to pass onto others, the idea for the Young Boxing Woman Project was born.

In an example of what would soon become their motto – confidence through action – Stacey and Lisa charged ahead with planning. Lisa strode kilometre upon kilometre of city streets in the Western Australian port city of Fremantle, handing out brochures about the project. Stacey hit up fellow women boxers for old gloves they could use. They locked in a venue at Fremantle PCYC, they visited schools, they spruiked, and, finally they opened.

On the day of the first session, Lisa, Stacey and a boxing trainer waited with excitement in the cavernous Fremantle PCYC gym for their first participants. It wasn’t long before they had their first, and on that day only, attendee – a shy, quiet and timid 16 year old.

By the next session a few more girls had signed up. They soon brought their friends, who loved it so much they told their friends and the numbers soared. “We were warned not to expect much out of youth programs,” Lisa says. “People said ‘they won’t engage, they won’t talk to you’. [The doubters] couldn’t believe it when they started seeing these girls really opening up.”

Since its inception a year ago, the project has taken off in the way Lisa and Stacey had never dreamed. Some 150 young women aged from 12 to 25 have joined the classes in Fremantle and Subiaco. The results speak for themselves as these once-shy young girls begin to realise their self- worth, to stand up straight, to take up space, to voice their opinions, to take up their right to be heard.

That shy girl who was the sole participant at the very first class is now one of the Young Boxing Women’s team of six trainers.

These once-shy young girls begin to realise their self- worth, to stand up straight, to take up space, to voice their opinions, to take up their right to be heard.

Each Young Boxing Women Project session involves a mix of boxing and facilitated discussion. Boxing trainers teach the girls traditional boxing moves and techniques. They also teach one of the Young Boxing Women Project’s main policies – ‘no sorries’.  The tendency to apologise is something Lisa sees again and again with newcomers. They don their gloves and immediately start apologising. “Sorry, I did that wrong, sorry that wasn’t right, sorry, sorry, sorry.”

“You cannot learn anything if you’re not willing to make mistakes,” Lisa says. “We want to encourage them to make mistakes and not apologise for them – make as many as you need to, stay in that space, take up that space and occupy it.”

Among the first recruits was a young girl who confided in the group about being bullied at school. An older girl in the same session, who happened to attend the same school, suggested she sit with her younger counterpart during recess and lunch. The bullying stopped soon after.

It is such unprompted connections and discussions that make the biggest difference, according to Lisa. “We might be talking about things like getting your period which has all this stigma attached to it and the older girls will tell the younger girls about their experience. When we asked them, none of them felt like they had a safe space to talk about these things elsewhere. These girls can be so isolated and, even though they had this shared experience, they couldn’t talk about it until they came here.”

Lisa says it’s incredible to watch the girls’ body language change over time. “You can see ideas reframe in their head,” she says. “They sit up straight – it’s amazing to see them go ‘actually I don’t have to put up with this’.”

The Young Boxing Women Project is free of charge for participants, and Lisa and Stacy hope to keep it that way to ensure those who need it most can attend. Despite ongoing challenges in raising funding, they are committed to growing the program and seeing more young women realise their potential. In Lisa’s words: “This next generation is extraordinary, it’s up to us to create the space for them to thrive, to ensure we don’t pass on our internalised stereotypes and limitations, but to encourage them be all they are capable of.”

“It’s up to us … to encourage them to be all they are capable of.”